Get Up And Go Vietnam

The first thing that comes into mind when people think of Cambodia are the amazing and imposing Khmer temples of Angkor Wat, just outside the small city of Siem Reap and close to the great Tonle Sap Lake. It is for sure the best and most impressive temple complex world-wide but Cambodia has way more to offer. With a fantastic local feel and great seafood in small villages along the southern coast, like Kep and Kampot. With great beach opportunities in Sihanoukville and the island of Koh Rong and the capital Phnom Penh where traces of the brutal Khmer Rouge regime of Pol Pot can be seen at the Killing Fields and S-21 Tol Slueng Museum. For many people Cambodia is the ideal destination in combination with neighbouring country Vietnam which we can easily plan and organise for you.

Laos is a beautiful and very vast country where the Mekong River is very decisive as it crosses almost the entire country. Besides the mighty Mekong River, Laos mainly consists of mountainous terrain, French colonial architecture, hill tribe settlements and Buddhist monasteries. It is like stepping back in time and there is no time pressure on daily life. The most popular places in Laos, like Luang Prabang are still a great example of that and people tend to stay here longer than planned. Vientiane, in central Laos, is the capital and mostly famous for the beautiful gold covered Buddhist stupa, That Luang where a reliquary reportedly houses the Buddha’s breastbone. Furthermore, the Patuxai War Memorial, which looks like the Arc de Triomphe and the morning market Talat Sao are worth a visit. 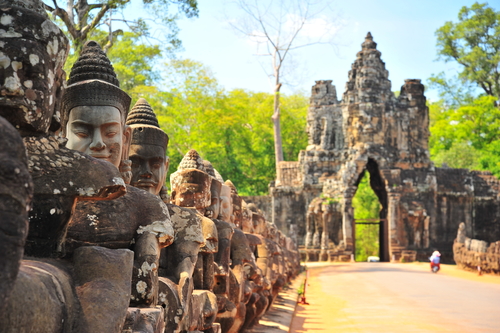 The capital Phnom Penh is beautifully situated in between the banks of the mighty Mekong River and Tonlé Sap River and still breathes a very relaxed atmosphere. With the magnificent Royal Palace, the Killing Fields and S-21 Tuol Sleng Museum, the Russian Market, the Silver Pagoda, the National Museum and a lovely riverfront with bars and restaurants, it is definitely worth a visit.

Siem Reap in the North-western part of Cambodia has become more of a small resort town over the past 10 years and is of course the gateway to the Angkor Wat complex. 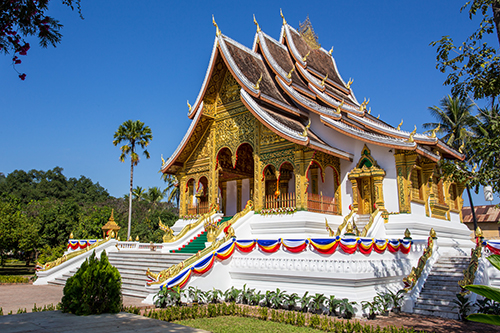 Vientiane, in central Laos, is the capital and mostly famous for the beautiful gold covered Buddhist stupa, That Luang where a reliquary reportedly houses the Buddha’s breastbone. Furthermore, the Patuxai War Memorial, which looks like the Arc de Triomphe and the morning market Talat Sao are worth a visit.

Luang Prabang, North of Vientiane, is for most visitors one of the best and relaxed places of Laos and the perfect place start exploring the Northern and Central part of Laos. It is more a village than a city atmosphere here and absolute worth visiting for several days.

Luang Prabang is packed with natural and manmade attractions, including 33 Buddhist temples and often described as the ‘Jewel in Laos Crown’. It is to navigate your way around on foot to get an excellent feel for local life of Lao people and the monks here. 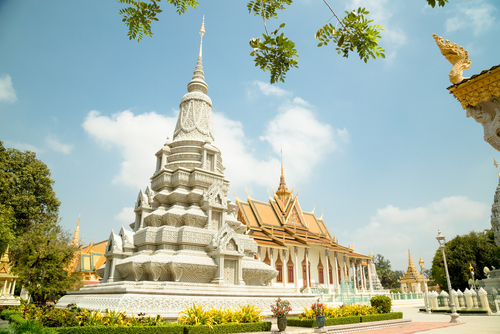 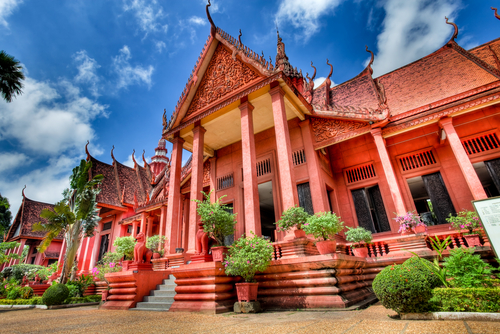 This was by far the best travel service we have ever used. Our contact, Eric, was unbelievably accommodating, flexible, available, friendly, and honest. We created multiple problems for ourselves (gave him the wrong arrival city, gave him incorrect dates, asked to change activities, and got sick). He fixed absolutely everything quickly and with a smile. I still can’t believe how much we were able to see in such a short time and for a very reasonable cost. A huge thank you to Eric and shout out to Get Up and Go Vietnam!

Vietnam Cambodja by Get up and Go

Sublime journey, Made by Get up and Go! In detail supported by Eric and Hue. 3,5 weeks Vietnam/Cambodja. All this could not have gone smoother. Each question by mail was nicely answered. Taxi’s, night trains, street food tour , pick up every where, never lost! BeAutiful hotels, lovely house in Sapa (in the rice fields), Home stays, beautiful resorts, boat trip ha lan bay…. it could not be better! Good price, I do not like to travel with big companies so this is perfect! Even in Cambodja Eric arranged everything. The guides were lovely…. we stil have contact with Them. We met Eric on our first day in Hanoi. I admire all the details who has been arranged by Eric and Hue. The ultimAte way to travel relaxed in a unknown country.

Eric and his team provided us the best itinerary and travel arrangements. He was responsive to our requests even when they changed last minute. Our hotels, transfers, guides and day trips were amazing. Thank you Eric. We highly recommend Get Up and Go.